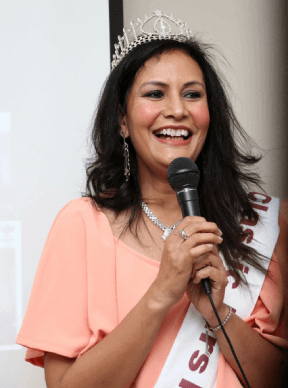 On the occasion of Valentine Day, Former Classic Mrs India Overseas Binita Shrivastava officially announces the launch of her pageant brand – Visionara Global MRS INDIA®. A former pageant queen herself, this project is a natural for her as she poised to continue to make a difference in the lives of married Indian women across India & living globally. Her choice to launch this global platform was well thought-out as she is aware of many similar projects exist. She decided on a unique brand that will stand out and have a lasting effect.

The Visionara GlobalMRS INDIA® Beauty Pageant is an urge to become the largest and most influential beauty pageant for married Indian women globally. The maiden edition of the pageant is scheduled for July 2019 for which the registrations are open now. She firmly believes that this Valentine day is going to be special for all the caring & loving Husbands who would gift their wives’ a chance to be the Queen by making them participate in this premier beauty pageant.

The Online Registrations are open and the Application forms are currently open for submission on the website – www.mrsindia.co. The pageant is open to married women of Indian descent living across the globe and between ages 21- 60 years in four categories. More details regarding auditions and selection will be released after the preliminary registrations. The second stage would be auditions. All the shortlisted contestants will be informed and called to participate in the auditions at the nearest city for them. The Grand Finale event will be hosted at Delhi. It is a golden opportunity for all the participants as they get a complete conventional media and social media coverage. The finalist of the pageant will be crowned which would give them an access to a prospective career opportunity in the modelling and fashion industry.

The focus of Visionara Global MRS INDIA® is to showcase married Indian women of value, create global opportunity and foster women empowerment. This platform will become the mission of the winner for the coming year.

The Visionara Global MRS INDIA® Beauty Pageant system has been developed to promote today’s young married Indian women and their accomplishments. Around the world women are finding this system to be the opportunity to work with others to become positive role models. Former Classic Mrs India Overseas Binita Shrivastava says, “Pageants help one learn how to groom oneself. Though excellence depends on the individual however these contests help contestants to get a lot of opportunities.” Being the premiere pageant for young married women VG MRS INDIA® is giving a chance to open doors for all married Indian women living around the world.