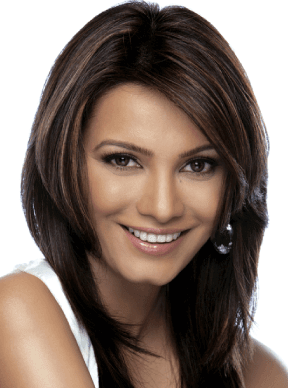 Making an Official announcement, Former Classic Mrs India Overseas Binita Shrivastava said that it’s a proud moment that Former Miss World Diana Hayden will be the Judge of her pageant brand – Visionara Global MRS INDIA®. She further said that being in the presence of Former Miss World Diana, and getting to meet the pageant queen herself, will be a great opportunity to all aspiring married Indian Women participating in Visionara Global MRS INDIA®. This project is a natural for her as she continues to make a difference in the lives of married Indian women across India and globally. The presence and her Iconic personality will surely motivate the contestants throughout their pageant journey.

A key turning point in Diana’s career came in 1997, when she entered the Miss India contest.  She won the Miss India title as well as Miss Beautiful Smile that year. She then went on to capture the Miss World title—as well as the competition’s Miss Photogenic, Miss Beach-wear and Miss Asia Oceanic accolades, an unprecedented “hat-trick” at the event, which has never ever happened in the history of Miss World.

In June 2012 Diana released her first book, which is a comprehensive grooming guide for women, titled A Beautiful Truth – The Art of Grooming for Women.

Actively involved with charities around the world, Diana is especially focused on issues affecting women and children. She has helped raise millions of dollars for organizations such as Variety Club, Lifeline, Alert India, and CAP (Child And Police), of which she is an Advisory Board member. Diana is also very committed to campaigning for Breast Cancer Awareness and HIV/AIDS education. She also builds homes globally with Habitat for Humanity International.
Binita said that Visionara Global MRS INDIA® Beauty Pageant is an urge to become the largest and most influential beauty pageant for married Indian women globally. Bringing on board former Miss World Diana Hayden as a judge, who is well known for her beauty, honesty and integrity, is an indication of the pageant’s scale and transparency. The maiden edition of the pageant is scheduled for July 2019 for which the online registrations are open now at www.mrsindia.co.

The focus of Visionara Global MRS INDIA® is to showcase married Indian women of value, create global opportunity and foster women empowerment. This will become the mission of the winner for the coming year.